The sky’s the limit for 14-year-old Svitlana Kravchenko, who lives in an orphanage in Kyiv Oblast, because the girl already knows the basics of photography and dreams of becoming a stylist in the future.

Kravchenko has no doubts about her success. She knows that volunteers from charitable foundation Dobrodiy Club will help her find her way.

For years, Kyiv-based Dobrodiy Club (“dobrodiy” means “benefactor” in Ukrainian) has been providing children in orphanages with career consulting, teaching them financial literacy, as well as helping kids to uncover their talents and more.

In Ukraine, children in orphanages rarely contact the outside world. Nobody prepares them for future workplaces, and many of them end up being unemployed and homeless.

Therefore, Dobrodiy Club aims to prepare children for the future, make them independent and self-reliant and help them reach their full potential in life.

“Every child has a chance to be successful regardless of their social and financial status,” says Maria Artemenko, the founder of Dobrodiy Club.

“We want to contribute to the future of Ukraine so that, instead of getting new underprivileged adults, the country gets successful and happy residents.”

Besides career consulting, Dobrodiy Club also provides nuclear families who live on the edge of survival with food and other goods.

Its volunteers arrange various workshops for kids in orphanages and become mentors and real friends to them.

“I love when (Dobrodiy) volunteers come to visit us,” Kravchenko says.

It all started for Artemenko in 2011, when, as a student, she decided to become a volunteer. Artemenko says she had never expected to see so much pain until she became a volunteer at the children’s department in Kyiv’s Cancer Institute.

“It changed my life,” she says.

Back then, she realized that helping others was her goal and started her path toward running a charitable foundation.

For years, Artemenko has been helping children in orphanages and children in need, building a community of those who are also willing to help around her. In 2016, she founded Dobrodiy Club.

“When I realized how many people trust us with their time and resources, I decided to establish a fund,” she says.

The fact that Artemenko has a full family was one of the reasons she decided to support children in orphanages — many kids don’t have the same.

“My family loves and supports me a lot. But it’s so sad that not all children have the same experience,” she says. “I want all children to feel the love and support, it’s extremely important.”

Besides Dobrodiy Club, Artemenko also runs two nonprofits — Giving Tuesday, an initiative promoting the global charitable movement in Ukraine when people donate money or volunteer on the Tuesday after Thanksgiving Day, as well as Charity Center Ukraine, an initiative popularizing the culture of charitable giving in Ukraine.

In 2019, Artemenko was among the winners of the Kyiv Post Top 30 Under 30 award, an annual prize that celebrates young Ukrainian leaders.

“It all started with a small community of people who wanted to help others and turned into a machine that improves children’s lives every day,” Artemenko says.

Throughout its activity, Dobrodiy Club has helped nearly 1,000 children in need. It currently supports children from 10 orphanages in Kyiv Oblast and Lviv, a western Ukrainian city some 540 kilometers from Kyiv.

Around 150 children are now enrolled in Dobrodiy Club’s mentoring program.

“The mentoring program is about friendship. Children become friends with volunteers, who support them as they grow older and visit them regularly,” Artemenko says.

Although volunteers can’t replace parents for orphans, they help them out as much as they can.

Dobrodiy Club is not only about education. It also supports families with children who live under the poverty line in Ukraine. During the quarantine aimed at halting the spread of the novel coronavirus in the country, Dobrodiy Club has provided over 10,000 families with food.

Apart from that, the foundation also provides children in need with stationery goods for studying and shoes, or such necessities as diapers for families with small children. 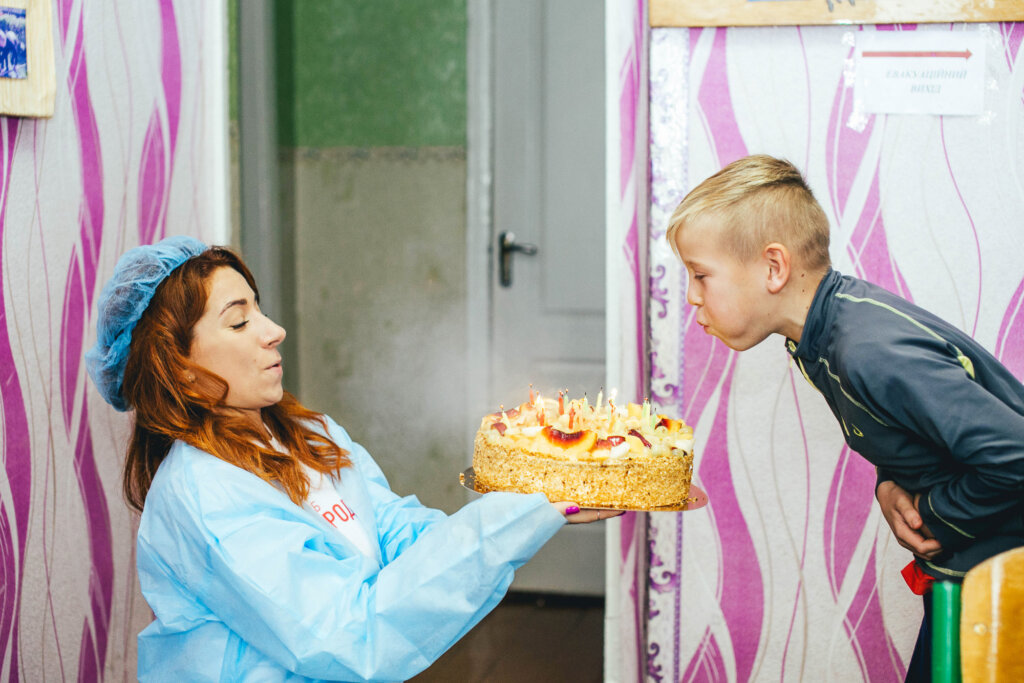 Maria Artemenko, the founder of charity fund Dobrodiy Club that supports children in orphanages, blows out candles together with a child as she congratulates him on his birthday in October 2016. (Oksana Shokalenko)

Such well-known brands and companies like supermarket chain Silpo, large online retailer Rozetka, as well as Winner Group, one of Ukraine’s largest car importers, support Dobrodiy Club and its projects.

“Some (companies) provide us with discounts, some help us attract new volunteers. But we feel the support from the whole world,” Artemenko says.

Unlike other charities supporting children in orphanages, Dobrodiy Club focuses on education and aims to prepare kids to become successful and happy adults.

“We give a fishing rod, not a fish!” is one of the charity’s mottos.

Therefore, Dobrodiy Club arranges workshops and classes for children in which experts from various fields — including photography, the beauty industry, art, cooking and more — teach kids about their jobs.

Apart from that, Dobrodiy Club organizes events for children to help them overcome fears and difficulties. For younger kids aged between four and eight, for instance, Dobrodiy Club has been organizing psycho-gymnastics classes that aim at helping them realize and study their feelings and emotions while playing.

Mentors communicate with children and try to realize their needs and potentials, which later helps them in developing courses and workshops for children.

Kravchenko, for instance, is waiting for the quarantine to be over to start hairdressing courses that Dobrodiy Club plans to arrange for her and other girls from the orphanage.

“After such classes, they can work at hairdressing salons where they can earn at least something. The best result of our work is when kids no longer need our support,” Artemenko says.

“Kids often have no money after they leave orphanages. We try to change it, but we don’t give them money. We give opportunities.”

The charity also helps uncover kids’ talents: A girl from an orphanage in Kyiv Oblast once told a Dobrodiy Club volunteer that she dreamed of becoming a pastry chef. She was “so amazed” when Dobrodiy arranged a cooking workshop for her with well-known Kyiv chef and restaurateur Valeriy Sazanovskyi, according to Artemenko.

Anhelina Shyrii, 27, who has been volunteering for Dobrodiy Club since 2018, says she loves the idea behind the charity, adding that a future job is so much more important than receiving candy.

“When we come to visit children in orphanages, we don’t bring them sweets or toys,” Shyrii says. “We bring people who can teach them something useful in life.”

Even though the coronavirus quarantine has stopped volunteers from coming to orphanages once a month, as it was before, the volunteers aren’t giving up and are looking for new online opportunities to support children.

This summer, for instance, Dobrodiy Club decided to help children from orphanages to explore Ukraine.

For one of the trips, Dobrodiy Club has raised over Hr 80,000 (around $2,800) and helped 15 kids from an orphanage called Nadiia (“hope” in English) in Kyiv Oblast travel to Kherson Oblast and explore such local wonders as the Oleshky Sands and the Pink Lake.

Some kids were traveling to the seaside for the first time in their lives, according to Shyrii.

Shyrii says she communicates with children from the Nadiia orphanage once a week and looks forward to seeing them in person as soon as the quarantine ends.

“I can’t imagine my life without them,” Shyrii says. “These kids are my friends, and I will try to support and help them as long as I can do it.” 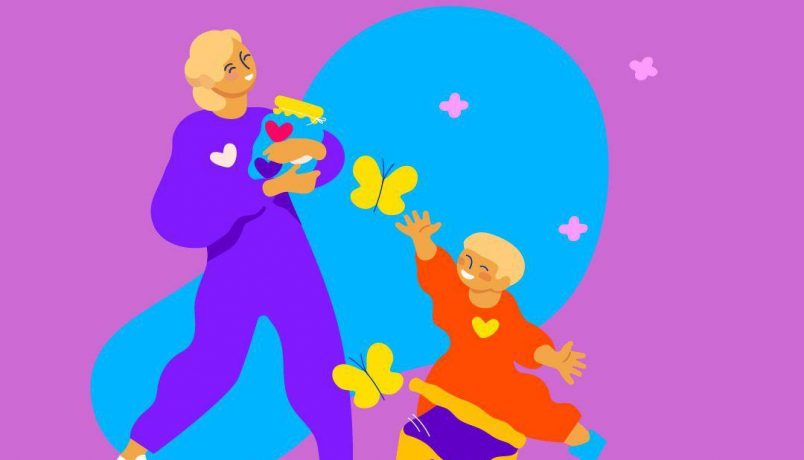 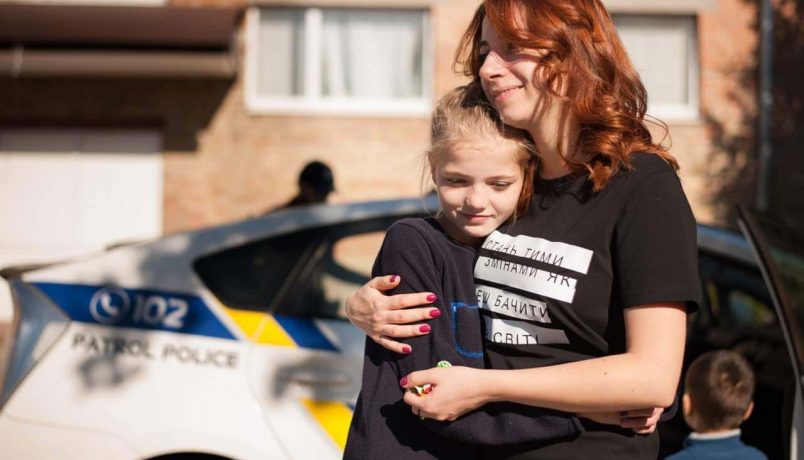 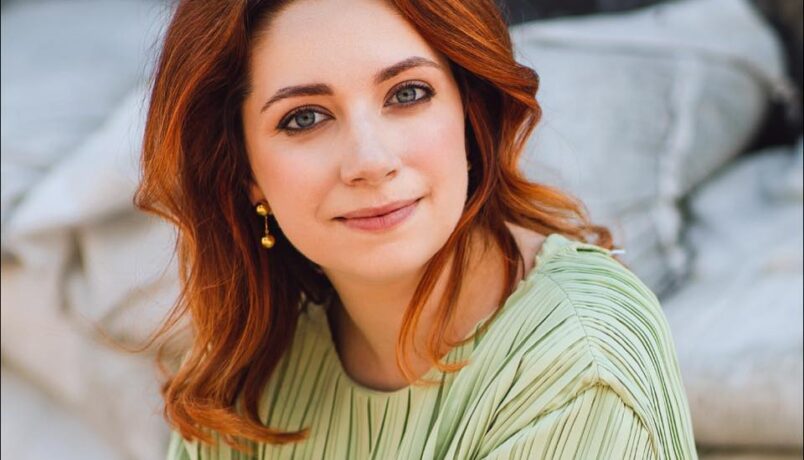